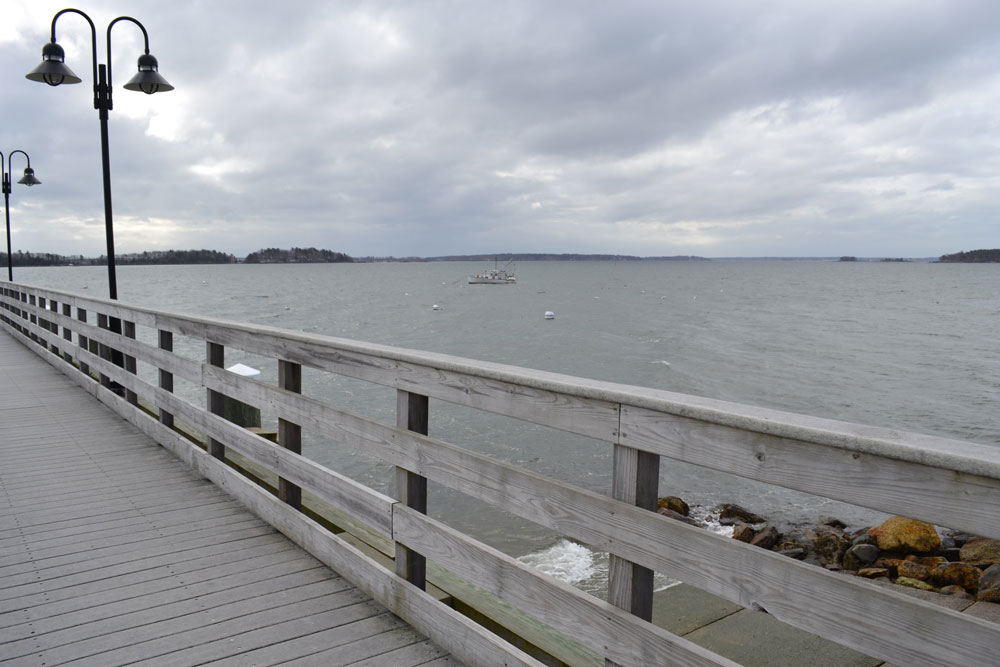 Earlier this month, a GQ contributor who spent four years in Maine for college wrote a piece titled “Maine: do we need it?”

First of all, great headline. I had to click. We all did.

What I expected on the other side was a satire piece. But what I read felt like a punch in the stomach. The rest of Maine seems to agree, judging by the reactions I’ve seen on Facebook.

Drew Magary wrote his piece using the Royal We, but it’s really a personal account of his experience here.

I grew up in Maine, and when I left for college, like most of us do, I didn’t think I wanted Maine. I hate the cold and I’m allergic to shellfish. But I came back to raise a family here because… I needed it.

Here are a few reasons why (hint: they have nothing to do with lobster, blueberries, or even L.L. Bean):

Non-Mainers: you know that feeling when you get through a really hard workout and you feel like you can take on the world?

That’s kind of how I feel after getting through winter here. Or after jumping into the shocking cold of Casco Bay in summer. Or after reaching the bottom of the Sunday River peak with the No-Fall Terrain warning at the top. Or after starting a small business in our really small business market.

It’s that crazy combination of feeling terrified and exhilarated and, ultimately, proud that makes you a total boss. When you live in Maine, that’s who you become, and it’s also who you surround yourself with.

I need the people.

I went to college in South Carolina. And one of the most important things I learned from my time there, surrounded by people from almost every state, is that under it all, people are basically the same.

No region of the country can lay claim on having the nicest population, the meanest, the weirdest, the smartest, or the most fun. We’ve all got a mixed bag of nuts.

Still, there are those little regional quirks and nuances that make you feel at home. Southerners seem to really get this. And after a few years immersed in Southern culture, I did too… except what it made me realize was how much I missed Northern people. The candor. The blunt, smart humor. The f bombs. The Maine accents. All of it.

So I moved back to Maine, closing the door on that chapter in my life. And I didn’t even mind opening the next one by myself.

I need the ocean.

When I was a toddler, my parents used to strap me into one of those hard plastic bike-back seats and ride to Falmouth Town Landing for Italian Sandwich picnics on the rocks. Later, I learned to jump from the pier (and from the ones on Peaks and Long Islands, too). In high school, on summer nights, Town Landing was the best quiet place to sit and talk with friends. In my early twenties, in winter, I would sometimes drive there just to sit, think, listen to music, watch the waves, and work through problems or decisions.

Today, I have a toddler of my own, and nothing gets her energy out like a day of running wild at Pine Point beach. My husband and I imagine her growing up with memories of sandcastles, tidepools, and days jumping waves as she dozes off on the way home.

I need space to think.

Personally, I have about as much use for city traffic and noise as Drew Magary does for Maine.

I like people, but I don’t love crowds. And because I write for work, I need time alone to concentrate. One of the perks of living in a place that’s a little far-flung (and I’m talking suburban to rural – it’s actually not desolate here) is that it gives you the freedom to think, and breathe, and create.

I keep my favorite quote from Stephen King’s On Writing on the wall in my office. It’s about remembering that beyond the words and style, writing is also about accessing magic. I could do worse than to model my process after that of The King, who unlocks his magic at a quiet desk in Maine.